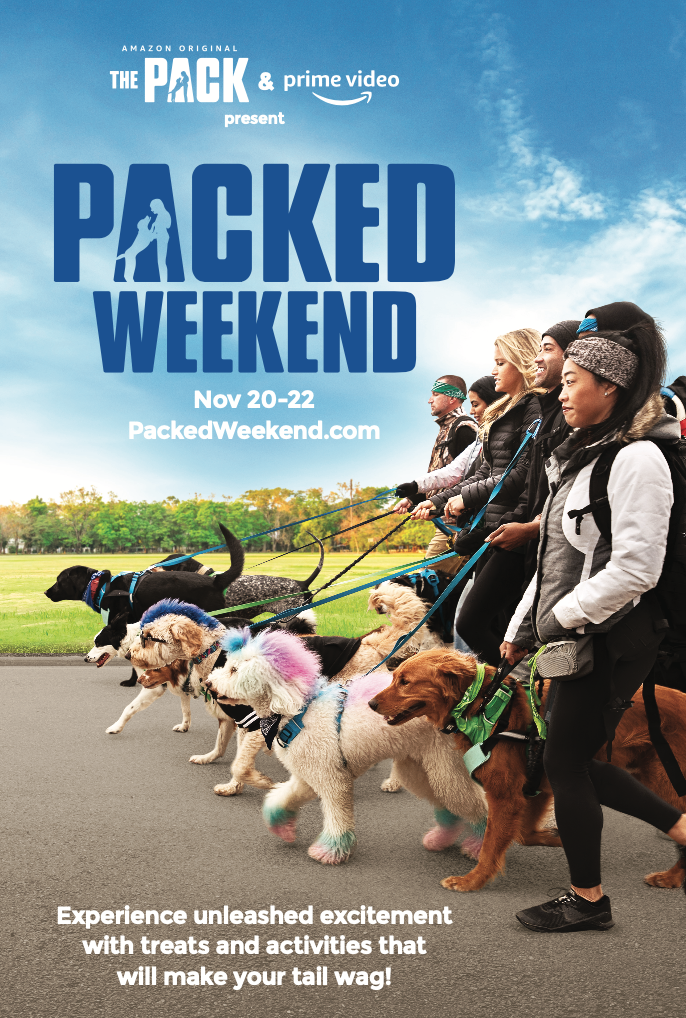 Amazon Prime Video and the new show The Pack premiering November 20. The Pack is a reality-competition, action-adventure show hosted by Olympic skier Lindsey Vonn and featuring dogs and their owners going around the world and completing exciting missions for charity and showing the strength of the bond between humans and their pets!

Take advantage of all the gifts, surprises & delights offered during this #PackedWeekend. Visit PackedWeekend.com to get event details and locations! FiDi Families is hosting a #giveaway too. Simply tag a friend on our Instagram feed, that would like to receive a portable water bowl and doggie waste bag.
ABOUT THE SERIES: The Pack, an Amazon Original series, is a new unscripted competition reality series featuring human-dog teams in an epic, global adventure. The series premieres on Prime Video on November 20, 2020. The series is hosted by Lindsey Vonn, an avid dog lover and three-time Olympic medalist, and her dog Lucy, a Cavalier King Charles. Lucy has two brothers, Leo and Bear. The Pack Walk Challenge is a month-long virtual walking challenge hosted by MapMyFitness and MyFitness Pal apps. The event encourages viewers to get outside and walk their dogs in honor of three charitable organizations: American Heart Association, Best Friends Animal Society, and Environmnetal Defense Fund. This kicks off on Packed Weekend and runs from November 20 through December 19, 2020.
Share this:

Baseball season is here and this kid is pitching a

To say that this past year has been challenging is

Save the Date for 3 different community workshops,

If you are a fan of the Netflix series Nailed It!,