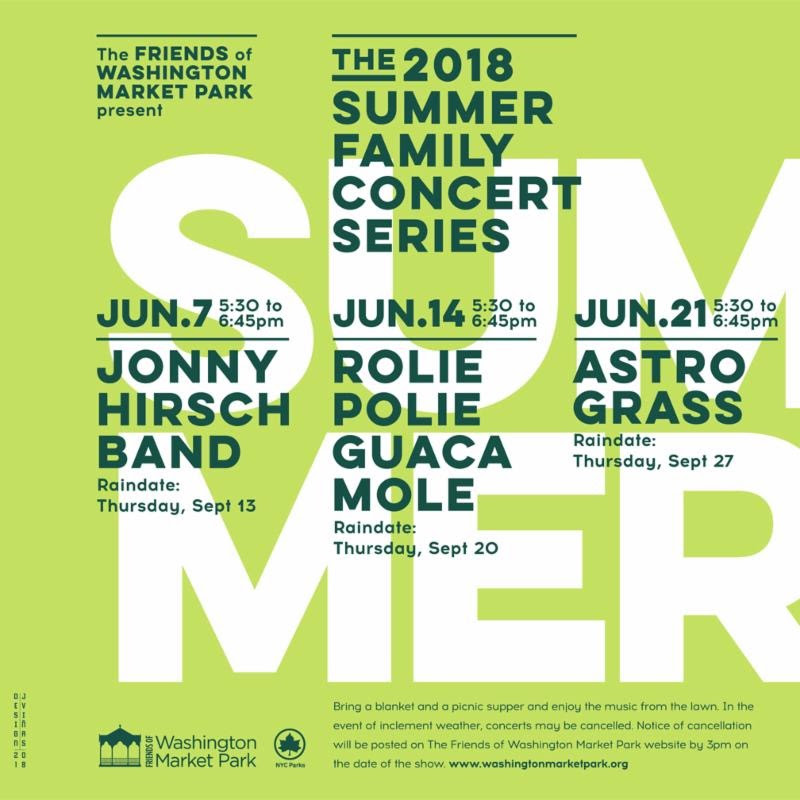 The last free concert from The Friends of Washington Market Park 2018 Summer family concert series is around the corner. This last performance will be by the band Astrograss. They are a bluegrass band formed in New York and entertaining for families. The best part is it’s free! Be sure to check out the final show in the concert series and enjoy a night of family fun.

END_OF_DOCUMENT_TOKEN_TO_BE_REPLACED

Socalled, born Josh Dolgin, is a Montreal based musician, known for mixing hip hop and klezmer into a unique blend of acoustic and electronic music. A pianist and accordion player as well as a rapper and producer, Socalled has collaborated with artists as varied as Fred Wesley, the Mighty Sparrow, Roxanne Shante, Matisyahu, Theodore Bikel, and Derrick Carter. The subject of The Socalled Movie, a feature documentary produced by the National Film Board of Canada, he has been making records and touring the world for over a decade.

KulturefestNYC is an eight day festival of music, theater, films, and lectures celebrating the culture of the Jewish diaspora, as well as the centennial of the National Yiddish Theatre Folksbiene, the longest running Yiddish theater in the world.

Jazz Age Lawn Party at Governor’s Island! You’ll feel like you’re in the 1920s! Live music and dance performances, dance instruction for the hottest dance steps of the time, games for all ages and a varitety of 1920’s inspired refreshments and gourmet food for purchase.

ANTIQUE GRAMOPHONES-bring to life original recordings from the 1920s
DANCE LESSONS-learn the hottest dance steps of the time
VINTAGE PORTRAITS-you ought to be in pictures, perched upon our Paper Moon
BATHING BEAUTIES AND BEAUS PROMENADE-pull that itchy wool number out of the closet and parade it for all to admire
1920s MOTORCAR EXHIBITION-get up close and personal with flivvers and Tin Lizzies
CHARLESTON DANCE CONTEST-See who wears the cat’s pajamas in this light hearted dance-off
THE HIGH COURT OF PIE CONTEST-categories include “Mom’s Best” “Best Savory” “Most Original” and “Hobo’s Choice” (For entry email: govislandpie@gmail.com)
KIDLAND-carnival games with prizes for junior gents and flapperettes

Sunset On The Hudson! Every Friday until the end of August! Hudson River Park’s Pier 45 will offer some of NYC’s best local artists! This Friday will feature Chuck Braman Jazz Band at Pier 45 Comfort Station. Enjoy the music, beautiful sunset over the Hudson River, and more with families and people of all ages!

We made it to Friday! Time to break out the adult

Luxury living in the heart of SoHo. 70 Charlton h

Still looking for a private school for fall 2021?

One of our favorite traditions is displaying our h