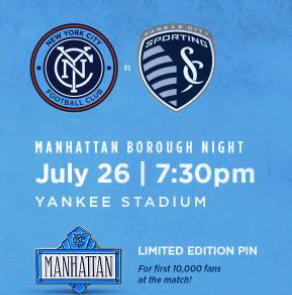 Join FiDi Families and the New York Football Club, for COMMUNITY NIGHT at Yankees Stadium. Manhattan Borough Night is a night celebrating the Manhattan Community. Guests will have a chance to enjoy a soccer match between the NYFC vs Sporting Kansas City, plus the first 10,000 guests will receive a complimentary pin. 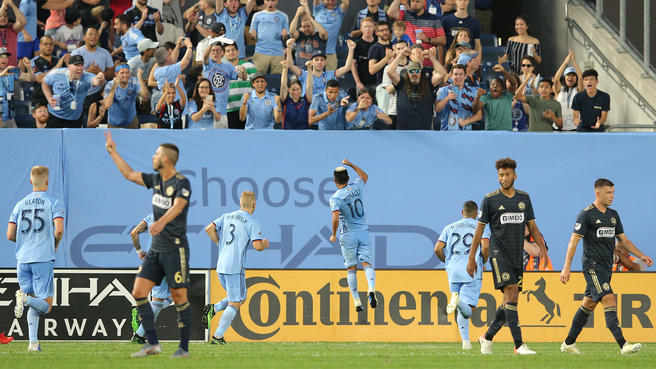 New York City Football Club is an American professional soccer team based in New York City that competes in Major League Soccer (MLS) in the Eastern Conference of the league. It was announced as the League’s 20th franchise on May 21, 2013 and is the first and only MLS Club located within the five boroughs of New York City. Majority owned by City Football Group (CFG), New York City FC plays its home games at Yankee Stadium, which is also home to minority owner, the New York Yankees. Now in its fifth season, New York City FC kicked off its inaugural MLS season in March 2015 and has former US National Team captain Claudio Reyna as its Sporting Director and Domènec Torrent as its coach.

The 17th annual Museum Day is here! Visit the link

Today, 20 years ago, our world changed forever. It